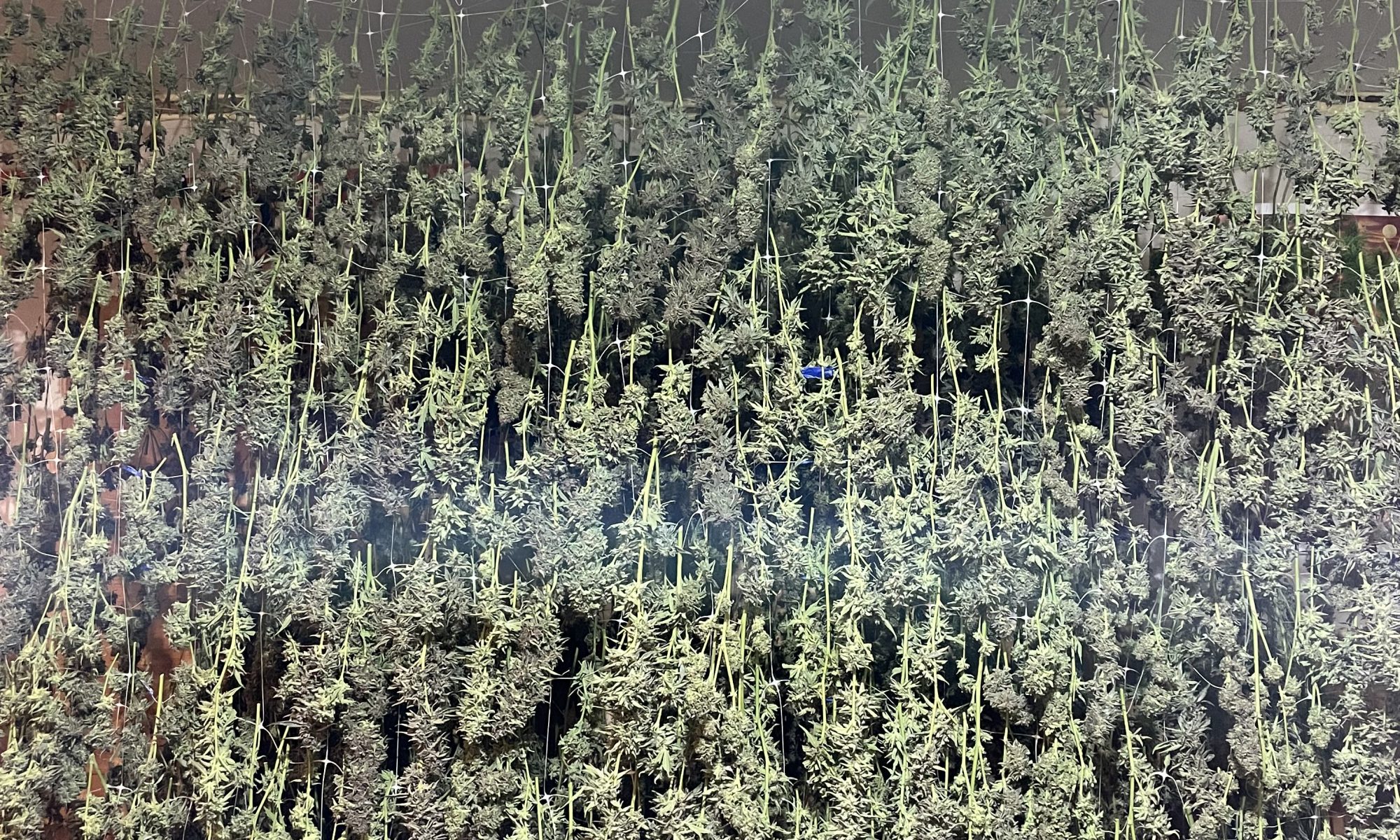 Written and photographed by Skyla Patton

The leaves are changing color, the wind has a chill to it and the colas are leaning over with the weight of the world on their shoulders… harvest season has arrived! After a long season of cultivating and doting over your plants, the time has finally come to bust out the shears and get to work. Check out these tips to make your harvest season go a little smoother, whether it’s your first time or you’re a seasoned chopper looking for new tricks.

Set up a station beforehand

Once you start pulling nugs down, everything around you will quickly become covered in a layer of sticky, almost-impossible-to-get-off resin, so it’s important to set up a work station first. If you’re outdoors, set out your tables and chairs and create separate areas for things like snacks and tools for the day. Put valuables like phones and keys (or other items you don’t want to get messy) in a basket for safekeeping, while things like gloves and trimmers should be laid out and easily accessible even with dirty hands. If you have a canopy or tent, put that up for extra weatherproofing.

Use buckets or crates to organize once the plants come down

For different strains, most growers want to keep the plants separated so you know which is which later on while drying and trimming. Label buckets, crates or even laundry baskets with strips of painters tape and a sharpie so you know which containers have which strain as you take them down. When you dry the stems later on, use the painters tape again to separate the strains in sections while hang drying or label the trays individually, depending on how you choose to dry.

There’s nothing more frustrating than trying to work with a grubby, gummed up pair of clippers. Grab a lighter and an old rag or paper towel, and heat up the blade of your trimmers until the material smokes a bit. Wipe the blade (comes off very easily) with your rag and boom! Fresh shears, just like new.

Stay hydrated and don’t shy away from the snacks

Work is work, and harvest is a lot of work! It’s super important to take care of your body even while you’re grinding it out so the motivation is backed up by energy. Drink lots of water or tea to stay hydrated, stock up on easily-grabbable snacks and don’t hesitate to take a good lunch break when you need to fuel up. Pro Tip: Prepare a dinner in the crockpot before heading out to work so by the time you’re ready to eat, it’s ready to be eaten!

Take time to clean up the nugs

This is a hotly-contested debate in the growing community, but the bottom line is: nugs are easier to trim later on if you spend extra energy tidying them up on the stem during harvest. If time allows, spend a few extra minutes with each stem and snip off all the sun leaves with your clippers before drying so they’re not covered in wilted greenery by the time you’re ready to trim. Your future self will be thankful!

Harvest is undoubtedly a long process, even if you’re only dealing with a handful of plants. Don’t make it harder on yourself and your work buddies by sitting in silence or forcing small talk for eight hours. Download a few good playlists with lots of energy, or my personal favorite, a binge-worthy podcast and let a Bluetooth speaker guide your work to keep everyone entertained, but focused.