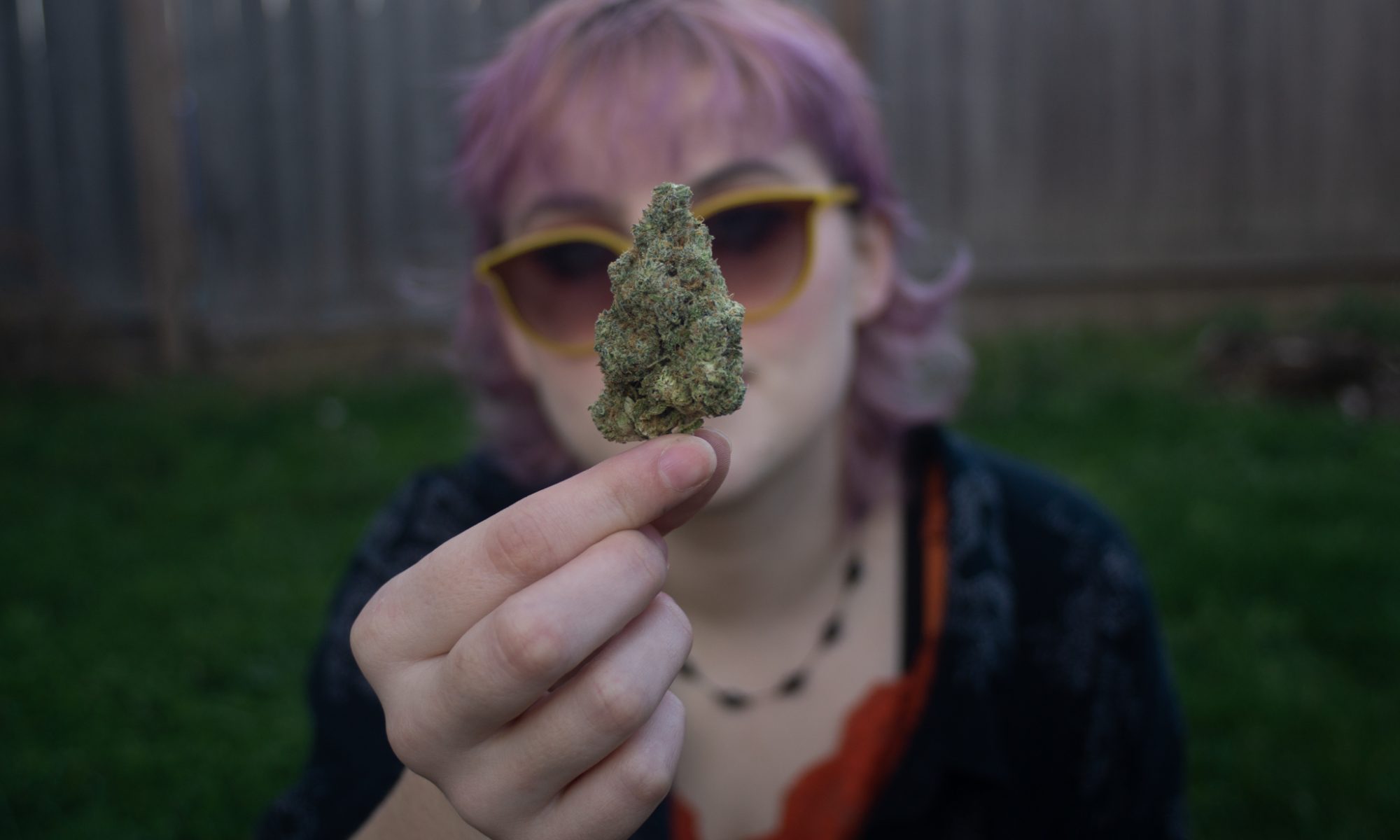 Written and Photographed by Alice Yeager

Beginning on January 1st, 2022, the Oregon Liquor and Cannabis Commission (OLCC) outlined new law changes going into effect for the sale of cannabis products. Most of the rules specifically affect the sale and distribution of cannabis products, but there is news for consumers as well. These changes will increase the amount customers can buy as well as regulate safer packaging with better information on dosage and ingredients. If you don’t want to sit down and read the twelve-page compliance bulletin to find out exactly how this is going to affect you, the customer, then don’t worry: I’ll do it for you!

With the new changes to the Oregon law it may be hard to keep track of what exactly you can or can’t do as a recreational consumer. Don’t worry: here’s my guide for consuming cannabis safely and legally. And of course, these guides are for people 21 and older.

Q: How much cannabis can I keep on my person when I’m out in public?

As of February 2022, Oregon has yet to update their guidelines on recreational user possession limits to reflect the new purchase limit. It’s safe to assume that you can still only possess up to one ounce on you at a time in public spaces. It’s best to be on the safer side and try not be out and about with more than an ounce until an official update has been released.

Q: Is it legal for me to drive after consuming cannabis products? I am still a competent driver while I’m high.

Driving under the influence of cannabis is not only illegal but also not cool. Being high and deciding to drive can land you a DUI, which leads to fines well over $1,000 and even jail time. The CDC has also found that cannabis use negatively affects reaction time and coordination, and can become dangerous when behind the wheel. Don’t put yourself or others in danger; take the bus or grab a lift. Seriously. Don’t drive high.

Q: I’m traveling down to California. Can I bring some Oregon paraphernalia and products with me?

Sorry but no, you cannot legally bring cannabis from Oregon to another state even if cannabis is legal in that state. So smoke it all before crossing state lines—even Washington and California.

Q: Where can I smoke?

A: The rule of thumb is you can smoke on private property but not in public places. So locations such as parks, bars and concerts are all places you can get into serious trouble for consuming cannabis. In these sorts of environments, it is best to use common sense and avoid situations where you are consuming marjuana around people who may not consent. The best place to consume is at home or at a friend’s place where you are on private property.

A: This is up to your landlord, they reserve the right to make up the rules on their own property within reason. The most common issue is if you are smoking in a rented unit, most often landlords will provide information on their smoking policy in your lease. You may have to find other ways of consuming cannabis in your home based around the policies you and your landlord have agreed to.

You can read the full 2022 law here: https://www.oregon.gov/olcc/marijuana/Documents/Bulletins/Compliance_2021_04.pdf

The web of ever-changing laws around marijuana possession is complex, and can leave consumers who are unsure of local laws stuck finding out for themselves— in either a dispensary or a courtroom.

Following legalization in Oregon in 2014, cities and counties throughout the state could opt out of marijuana production and distribution according to Measure 91. Currently, 95 cities and counties across the state are currently on the Oregon Liquor Control Commission prohibition record, meaning they have banned some aspect of the industry, if not an outright ban. This means the biggest factor to be aware of as a consumer is where you are, and what the marijuana rules and regulations are.

Consumers in Lane County have access to dozens of dispensaries, but just 30 minutes south retail shops in Douglas County will be non existent.

Dispensaries weren’t allowed to sell marijuana in retail stores until 2015. Since 2016, the number of medical and recreational dispensaries in Oregon has grown to over 500, according to the OLCC active marijuana retail license list from October 2018.

Marijuana legalization has been a long journey, and laws are still changing at the regional, state and national levels. This has caused rapid change in local regulations such as purchasing amounts, smoking restrictions and possession limits. Consumers can expect more change as marijuana legalization, regulation and taxation begins to spread across the country.

As marijuana tip toes towards full legality, knowing local laws and regulations can help equip consumers with the right tools to make good decisions when leaving the house with marijuana or sparking up a joint.

Here are the basics on recreational marijuana possession in Eugene, according to the OLCC:

According to the OLCC, a public place is any space where the public has open access—this includes places like highways, streets, schools, parks, front yards, and bar patios.

Possession on campus, according to the Dean of Students:
Marijuana in any form is strictly prohibited on campus.
Riding a bike or driving any motor vehicle under the influence of marijuana is prohibited.
You may possess and use marijuana off campus if you are 21 and older.
If students are planning on going to or through campus they are not allowed to possess marijuana.

Cultivation Rules according to the OLCC:
Adults 21 and older are allowed 10 marijuana seeds.
4 mature plants per household—NOT per person.
4 immature plants in a public space for the sake of transportation.

Note: While eight ounces may sound like a lot of marijuana, households with four mature plants may easily produce more than that amount come harvest season. Adults in Oregon can give or exchange marijuana to anyone 21 and older so long as no financial compensation is directly or indirectly exchanged, according to the OLCC.

Financial compensation can be seen as any exchange of goods, including: services, tips, admissions, raffles, fundraisers, donations and more.

Consumption
Operating a bicycle or motor vehicle under the influence of marijuana is against the law.
Consumption is restricted to private spaces.
It is illegal to consume marijuana in public places such as parks, streets, schools, front yards etc.