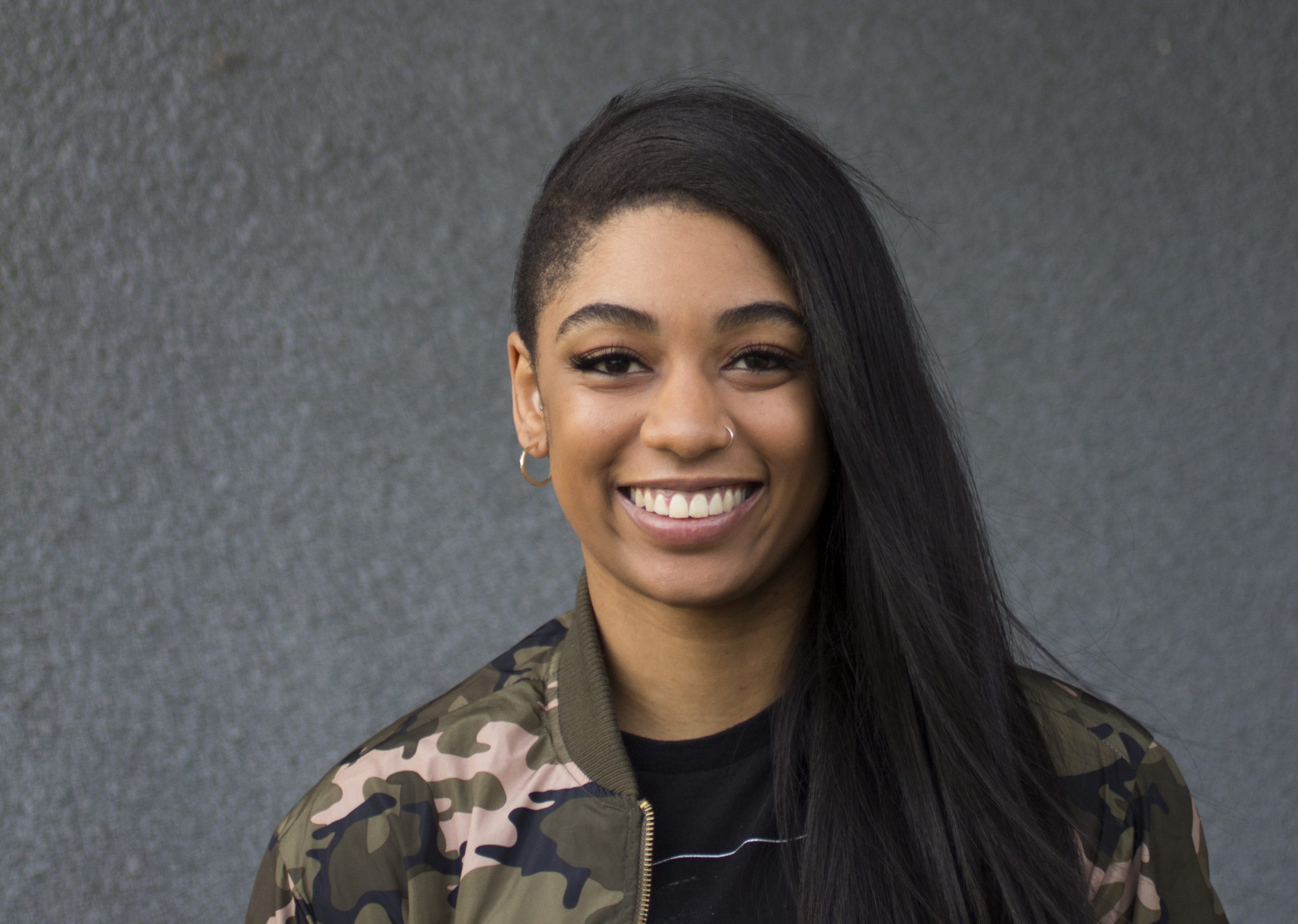 Interview and Photo by Anna Glavash.

How and when did you become a budtender?

Two years ago, I started at Twenty After Four. I was wanting to get out of the retirement home I was working at, and I was recreationally smoking because of my social anxiety. I had a friend that was working at Twenty After Four, and she said it would be a good fit for me. She thought it would help me to step out of my comfort zone and tried to work there, and it did help me a lot.

First time you got high?

I was overwhelmed. I had a group of friends with me that had already been smoking, and they kind of played jokes on me. It also opened me up to different perspectives. We got to talking, and certain things that I wouldn’t normally be too open about, I was able to talk about more easily.

I’ll have people come in and say, “It smells good! What do you have in here?” They’ll act like they don’t really know what they’re stepping into, which they probably don’t, but it’s funny to break the ice by saying, “Oh, I got weed here.”

What is a stereotype about cannabis users that’s true and one that you think is false?

The one about being more open to ideas is true. I feel like a lot of people that haven’t tried cannabis are more narrow-minded, but being a part of the industry, I’ve noticed how people actually listen to other people’s ideas and are open to them.

One that isn’t true is that everyone who smokes is lazy. I honestly will wake up, smoke a bowl and start my day. That’s just something that goes with my morning coffee. It’s a ritual. Some people probably think that you can’t get stuff done because you’re smoking all day. But I would say I can use it and be productive as well.

What do you look for in a strain?

I like to be able to function throughout the day, so I lean towards sativas and hybrids. Pineapple or fruit flavored strains are the ones I like, and I definitely use my nose.

What’s special about this shop?

The company motto is “Treat Everyone Like Gold.” When you step in here you’re going to be treated like anyone else, whether you’re the CEO of a company or a person that just wants a joint. Some other shops that I’ve been into just want to get that sale. It’s different here. We want to see what needs we can help you with. We pay a lot of attention to that aspect and it goes a long way.

I like to smoke out of glass. I have an Empire bong at home. I used to like to roll up blunts but then I got more educated on the stuff I was using, so I stick to more Raw papers and glass now.

What do you do when you’re not here?

Usually I’ll hang out with my family. My cousin is one of the only people that will actually sit down, smoke with you and talk about whatever. Anything that I want to talk about we can just smoke down and talk about it with a bowl.

Are you high right now?