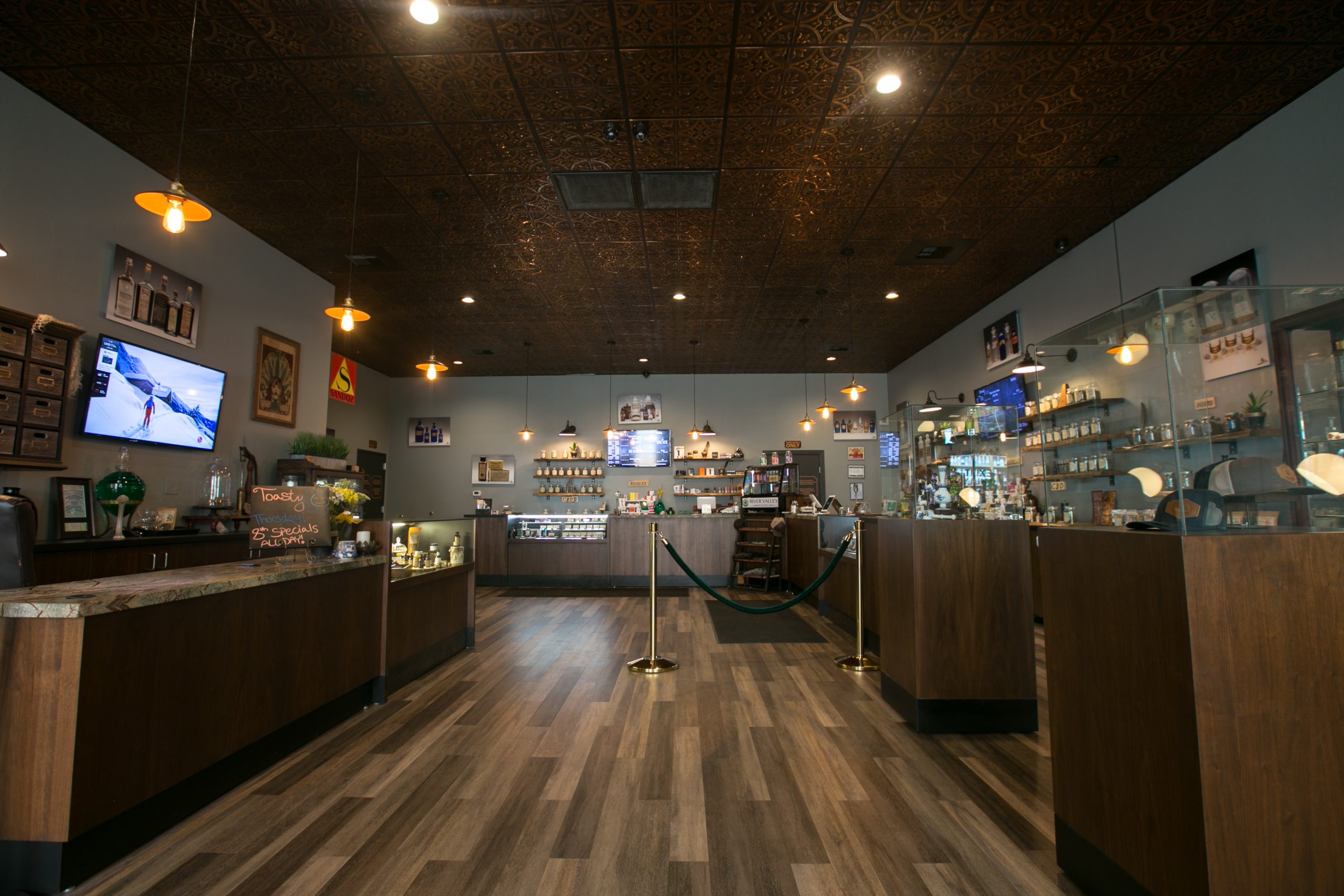 “Destigmatize.” It’s a word that gets thrown around a lot in conversation about the cannabis industry. We’ve all heard canna-advocates express their desire for wider acceptance and deeper understanding of the plant, but how does it become a reality? What tangible steps can be taken toward reaching recognition of the full form and function of cannabis? According to River Valley Remedies, the answer is simple: education.

First, a brief history: River Valley began operation in 2015 as a medical farm in Salem. Marion County, which the capital city resides in, was one of the areas that opted out of recreational sale. While this made the idea of sale in the area a non-starter, another Oregon city lay waiting in the wings. On the eve of 4/20 this past year, River Valley opened shop as a dispensary in Eugene.

Natalie Raulin, River Valley’s resident marketing guru, is one of the core staff who helped the Eugene venture find its initial footing. Raulin’s mother, a midwife from Scotland, introduced her to a healthy dose of medical knowledge as a child. Much of this involved non-Western, medicinal plant practices. This background, along with her chemistry studies, fits River Valley’s approach like a glove.

“[Non-Western] medicines have been around for thousands of years. We wanted to present that tradition to Eugene,” says Raulin.

She’s far from alone. Much of the River Valley team comes from a background in plant medicine, which helps them cater to customers’ medicinal needs. With a pre-existing population in Eugene that was open to non-traditional medicine, it hasn’t been a challenge for River Valley to convince the community of the utility of their products. They essentially operate like a classic apothecary, guiding their patrons individually to make effective use of their services, whether they be medical or recreational. However, this isn’t to say that the dispensary deals solely in cannabis-based remedies. In fact, much of its herbal section doesn’t include cannabis-based products at all.

To help the community better comprehend the benefits of cannabis, River Valley has made concerted efforts to provide them with proper education. As Raulin puts it, the public has a habit of simply looking at the indica and sativa properties of the flower they choose to consume. An approach like this can allow only a skin-deep experience. River Valley combats this with workshops, panels and more events that encourage deeper, more informed interactions with cannabis. Raulin also writes a monthly Q&A with cannabis experts for the Eugene Weekly, which helps River Valley reach a broader portion of the Eugene community.

Educational events occur every month at River Valley, including workshops on how to grow mushrooms and how to create your own tinctures. Tinctures, which are alcohol-based cannabis extracts, were a primary form of cannabis medication prior to the enactment of cannabis prohibition. They serve as an entry point for many users to smokeless cannabis use. River Valley has hosted recurring tincture making workshops, and the events are among their most popular with community members. Since initiating the series, River Valley has only seen attendance to its various events grow as more people become interested in broadening their cannabis knowledge.

“Two months into the business, we had around 20 people showing up. Now, we see more than 100 attendees at [events like] our psilocybin talk,” says Raulin.

Psilocybin, a naturally occurring compound produced in over 200 strains of mushrooms, is another type of holistic medicine River Valley aims to bring to those in need. Research suggests that the compound could be effective in treating depression and Post-Traumatic Stress Disorder (PTSD). Currently, there are restrictions in place that restrict them from offering products that use the compound. However, that could change in the near future.

The Oregon Psilocybin Society (OPS) is a group working to bring awareness of and access to psilocybin in Oregon. OPS works in response to increasing research surrounding the safety, benefits and risks associated with controlled psilocybin consumption. Currently, the group is working on the Psilocybin Service Initiative (PSI), an effort for which they are trying to land a spot on the 2020 Oregon general election ballot. If passed, the measure would create access to psilocybin services in Oregon. By holding events that address subjects like psilocybin, River Valley helps raise awareness about the compound.

Coming up, it won’t be a simple task for River Valley to achieve its goals. Oversaturation in the market will prove a challenge to overcome. “There’s a shop on every corner on our street alone,” says Raulin. “We don’t want to compare ourselves to other stores, but we are aware that they’re there.” Despite the competition, Raulin says they don’t want to see competitors fail. They encourage efforts by other locations to provide similar education, with success of the overall industry reflecting well on them in the long run.

So how does River Valley set itself apart? Developing strong relationships with farms is a start, especially as the farms themselves face an uphill battle to move their product out of their warehouses and into the hands of consumers. According to Raulin, there’s an excess level of unused flower in farms around Oregon that far exceeds the amount of consumer demand. River Valley has experienced a resulting influx of farmers attempting cut deals to unload their product. By making it a goal to avoid the lure of this cheaper, typically lower-quality product, River Valley strives to maintains the integrity of their existing farm partnerships and continues to deliver superior-quality flower to their customers.

Moving forward, River Valley aims to continue expanding their event offerings. For example, they just started their terpene presentations series, which will run through the rest of the year. Additionally, they want their education to reach beyond the existing cannabis consumer base.

“We want the whole community to be educated, not just [our patrons],” says Raulin. “We want to put our hands wherever we can help.”

River Valley Remedies’ hours are Monday through Saturday, 9 a.m. to 10 p.m., and Sunday, 9 a.m. to 8 p.m. They are located at 1985 W 7th Ave. Visit them online at RiverValleyRemedies.net, and learn more about OPS at Opsbuzz.com.