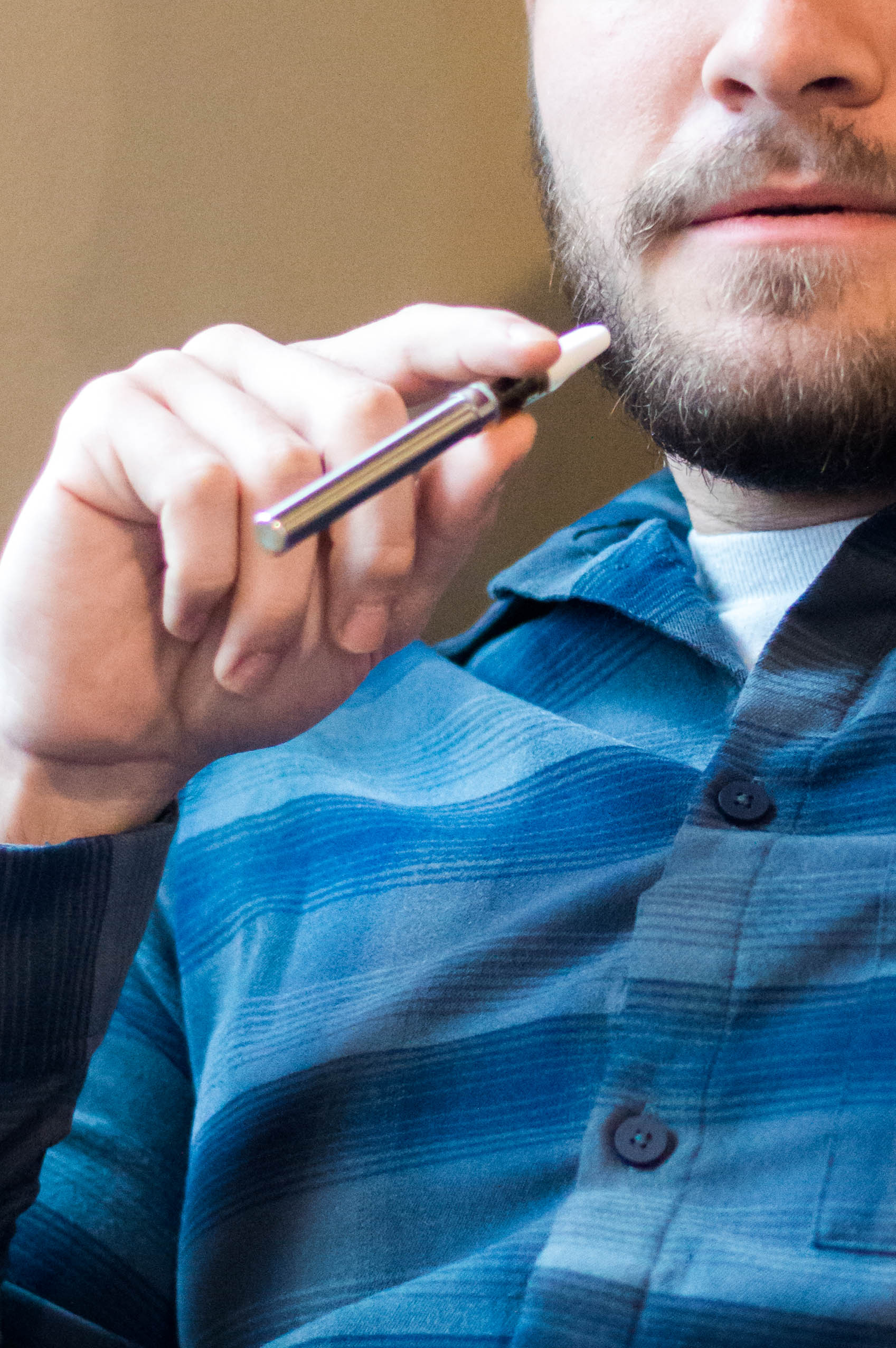 Cannabis vape pens, nicotine vape oil and nicotine vape pens have been around for less than 10 years, and there has been little research on the safety of inhaling these products. Recently, vaping has caused a lot of fuss within the cannabis industry. Patients have reported variations of symptoms including cough, chest pain, shortness of breath, nausea, vomiting, diarrhea, fever, chills and even weight loss.

According to the most recent update by the CDC, 2,668 cases of illnesses related to nicotine or cannabis vapes have occurred, with 60 deaths having been reported so far. Among these patients, 1,782 of them reported which substance was being vaped, with 82% reported using THC containing products, while 33% reporting the use of only THC containing products. Of the affected, 50% reported where their product was sourced, with 16% having obtained them from retail businesses and 78% obtaining them from friends, online, or other dealers.

The CDC reported that in 51 samples of lung fluid from those with a vape-related illness across 10 different states, 48 were found to have vitamin E acetate. While vitamin E acetate has been associated with vape-related illnesses, the CDC notes that there is not enough evidence to say it is the only chemical that should be of concern. The FDA states that vape injury cases are not affiliated with any single brand and more research is needed.

Many states have taken action by banning the sale of cannabis and/or nicotine vapes. Our own state of Oregon enacted a temporary six-month ban on October 4th, on the sale of all flavored vapes, both for cannabis and nicotine. However, an Oregon court of appeals established a pause on the ban on November 15th that is stated to last 60 days. As of February 5th, no ban on flavored vapes is in place. Places such as New York, Michigan and Montana also made attempts at banning the sale of vape pens, but they were also blocked by the courts. Massachusetts, Rhode Island and Washington all put in place temporary bans that are set to expire soon. San Francisco has banned all sales of nicotine e-cigarette products. After this, several states, including Oregon, have banned adding substances such as Vitamin E acetate into vapes, as well as implemented more testing requirements to look for this substance.

So how valid is this “vaping crisis?”

We know that cannabis, specifically the terpene pinene and the cannabinoid THC, are both bronchodilators, meaning they help open up the airways to the lungs and may even help with conditions such as Chronic Obstructive Pulmonary Disease (COPD) and asthma. What we don’t know is how the various extraction solvents, namely hydrocarbons such as butane, propane and hexane, along with other common additives, affect our lung health.

Within the cannabis industry, there are limited regulations for how an extract is supposed to be made. Because of this, companies are able to add synthetic and natural food-grade terpenes, something that we don’t know much about the safety of when inhaled. Common ingredients added to vapes to promote the flow of liquid to vapor include medium-chain triglycerides (MCT), vegetable glycerin and propylene glycol. Additives such as these have also never been tested for long term safety when inhaled, but all three of the above have been implicated in the “popcorn lung” crisis circa 2016. Failing to add MCT oil or botanically derived terpenes to the ingredient list can lead to consequences and negative attention from the OLCC, and for good reason.

Other concerns surrounding the epidemic of vaping go back to the material used for the process. The OLCC  does not require testing for mold, mildew, or heavy metals in any cannabis product that goes to market. Only four of thirty-three states that have legalized cannabis for recreation and/or medical use require heavy metal testing. Furthermore, the requirements for pesticides vary by state, with California having the strictest restrictions. These issues pose a concern because if the contaminated flower is processed for smoking or ingestion, certain pesticides or other chemicals are toxic or can turn toxic throughout the process of consumption. Although, with extraction processes that use solvents such as CO2 and butane, some extractors say that mold can be eliminated from the final product. However, this is tricky because while the toxin may not be live, the mold spores are still present in the finished product. States like Colorado test their cannabis for mold, which allows processors to take cannabis that tested positive for mold and process it into an extract for resale as long as that end product tests free of mold.

To prevent yourself from falling into the trap of a bad vape pen purchase here are some things you should know;

Buy only from a licensed shop. A reputable and licensed source should be the only place you purchase vape pens from. This includes not buying CBD vape pens from online distributors. Research the brand! By keeping yourself up to date with the brand, you can likely look at pictures of their grows, team members, and final products. In addition to doing your research, an important thing to look for in a brand is ones that can tell you exactly what farm supplied the flower they extract from. Avoid flavored vape pens. We all know they’re tasty but added synthetic and natural terpenes are volatile and harsh compounds. There are also no regulations on their production and sale. Although some can be a bit pricey, look for Rosin or CO2 cartridges that have less than a 10-15% total terpene count. These processes not only capture the full cannabinoid and terpene profile of the flower, but they also are some of the cleanest methods to extract oil from the plant.

Updated information on the “vape crisis” can be found on the Center for Disease Control’s website, as well as from CannaSafe Labs and the American Chemical Society’s Cannabis Chemistry subdivision.