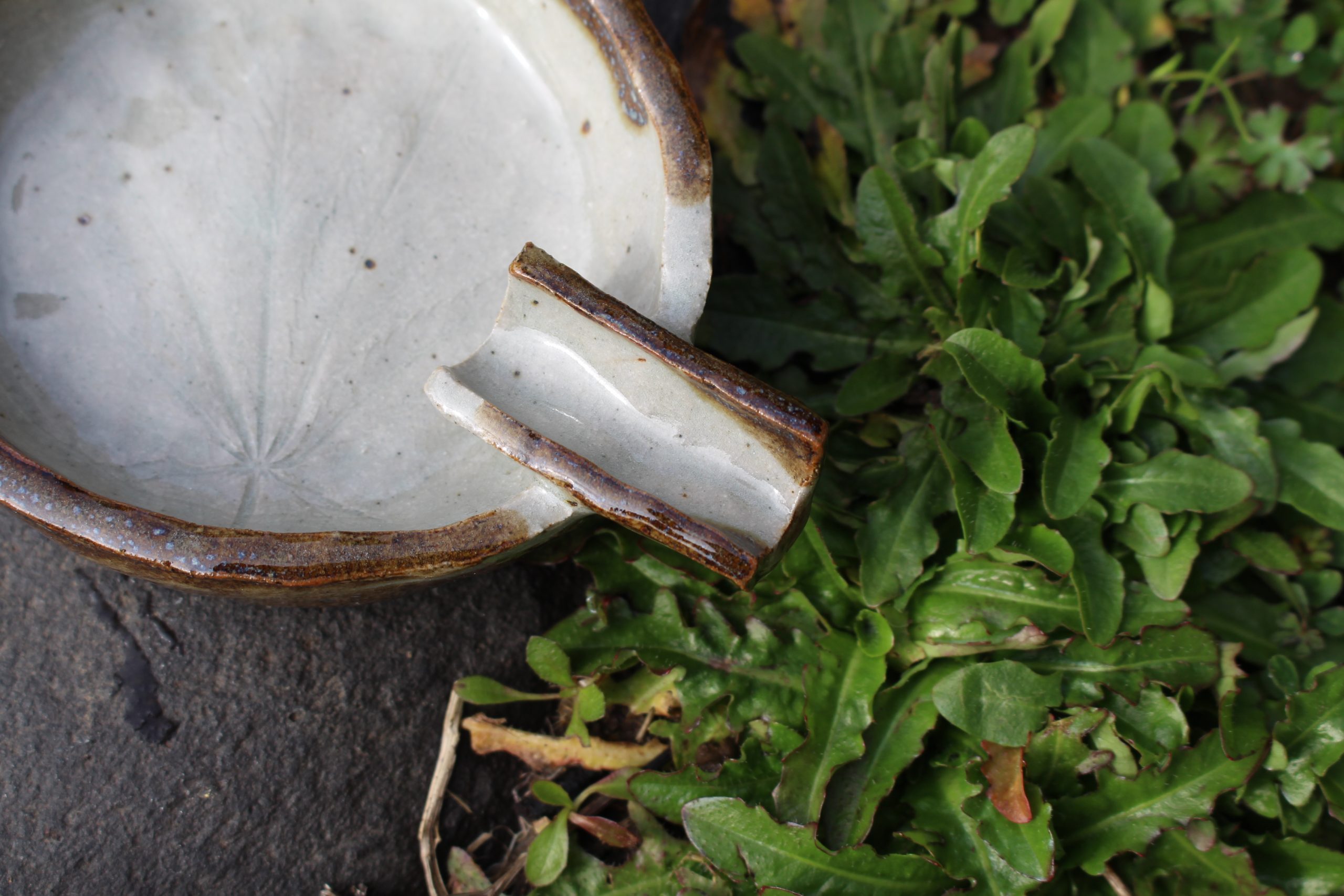 featured image pottery by Kaylynn Wohl as inspired by Rogen

If anyone champions weed within the celebrity light, it’s Seth Rogen. Since breaking out from his late adolescent role in Freaks and Geeks, we’ve seen him in stoner comedies like Pineapple Express and Superbad with his contagious and blazed whole-bellied chuckle. He step-by-step taught us the ways of the cross joint and gifted us with “Bound 3,” a sensual parody featuring his close friend James Franco. The cannabis community is now witnessing Rogen’s evolutionary creations outside of cinema culture with his new (to the United States) company Houseplant.

“All our strains are named after weather systems like we did with Pineapple Express,” Rogen described in a Twitter thread.

The ‘house’ aspect of the brand entails weedy house goods from luxury table top lighters, car lighters, vinyl record sets, and even ceramic ashtrays and vases designed by Rogen himself. A triple LP vinyl box set was catered to the individual experiences of sativa, indica and hybrid strains to create a unique sound experience. Each session reflects the beat and vibrations of whatever mood is smoked. Despite the $95 price tag, fans of both Rogen and cannabis have raved with positive reviews. To combat the frequent site crashes and quick product sell outs after the initial launch, Houseplant offered users to enter an email address to be notified with a designated access link that had a 10 minute grace period.

While Canada legalized cannabis in 2016, the fight continues in the US as acknowledged by the company’s website impact page. Houseplant’s ethics and political standpoints are made clear through deliberate discourse surrounding the environmental impact and the ongoing legal battles within the cannabis industry. Supporting any cannabis company that openly discusses injustices and imbalances within the industry feels just as good as smoking the strains themselves.

“We feel strongly about educating people about cannabis, a plant we love and believe substantially benefits society. We will always use our platform to educate people about the devastating history of the War on Drugs and help end the senseless, racist cannabis laws that, despite progress, still exist today. We won’t stop until every adult in America is able to enjoy cannabis without fear of being labeled a criminal,” reads the Houseplant website.

In more recent years, fans of Rogen’s acting career have additionally been able to adapt their support towards his artistic pottery endeavors. This stoner’s connection to the herbal earth, fostered by loving cannabis, has expanded through connecting his hands to the earth material of clay. This passion for ceramic art pours over into Rogen’s fans who previously may not have expressed interest in pottery. The global ceramic culture and community benefit from this artist’s teachings of the alchemical world of clay.

As a fellow ceramicist (or pothead if you will) I have witnessed immense growth in Rogen’s pottery. The evolution of his ashtrays is an inspiring phenomenon where I’ve even created similar pieces out of awe for his clayed mind. His signature style includes a short cup shape ashtray with a two-to-three inch-long tray added to the lip for easy secured display for any stick-shaped smoke. He provides a walk-through on how he creates these pieces on his Instagram, leaving out secrets only other potters can spot. After mastering these designs with over a year’s practice, Rogen has since created molds in order to mass produce his unique ashtray set. Pottery molds for slip casting are created with plaster where liquid clay is poured in then out to create a shell of the desired shape.

Rogen’s exploration of sculpting bodacious vases and vessels melds with psychedelic glazes in highlighter hues. Required by a deep understanding of raw chemical interactions, some of his colored creations vibrantly replicate heat maps and splattered zombie vomit. Instances where the unglazed portions of the vessel pop with electrifying color are created by wedging oxides into the raw clay body. Rogen’s particular methods have been vaguely shared with his audience while his pottery updates usually only accompany a brief caption of “I made these.”

Aside from all the aforementioned dope shit this Canadian-American cannabis influencer has provided the weed community, Rogen wrote a book called Yearbook which is scheduled to be released in May. This novel is a series of true stories and humorous essays that I imagine will pair excellently with my blunt of Blue Dream.