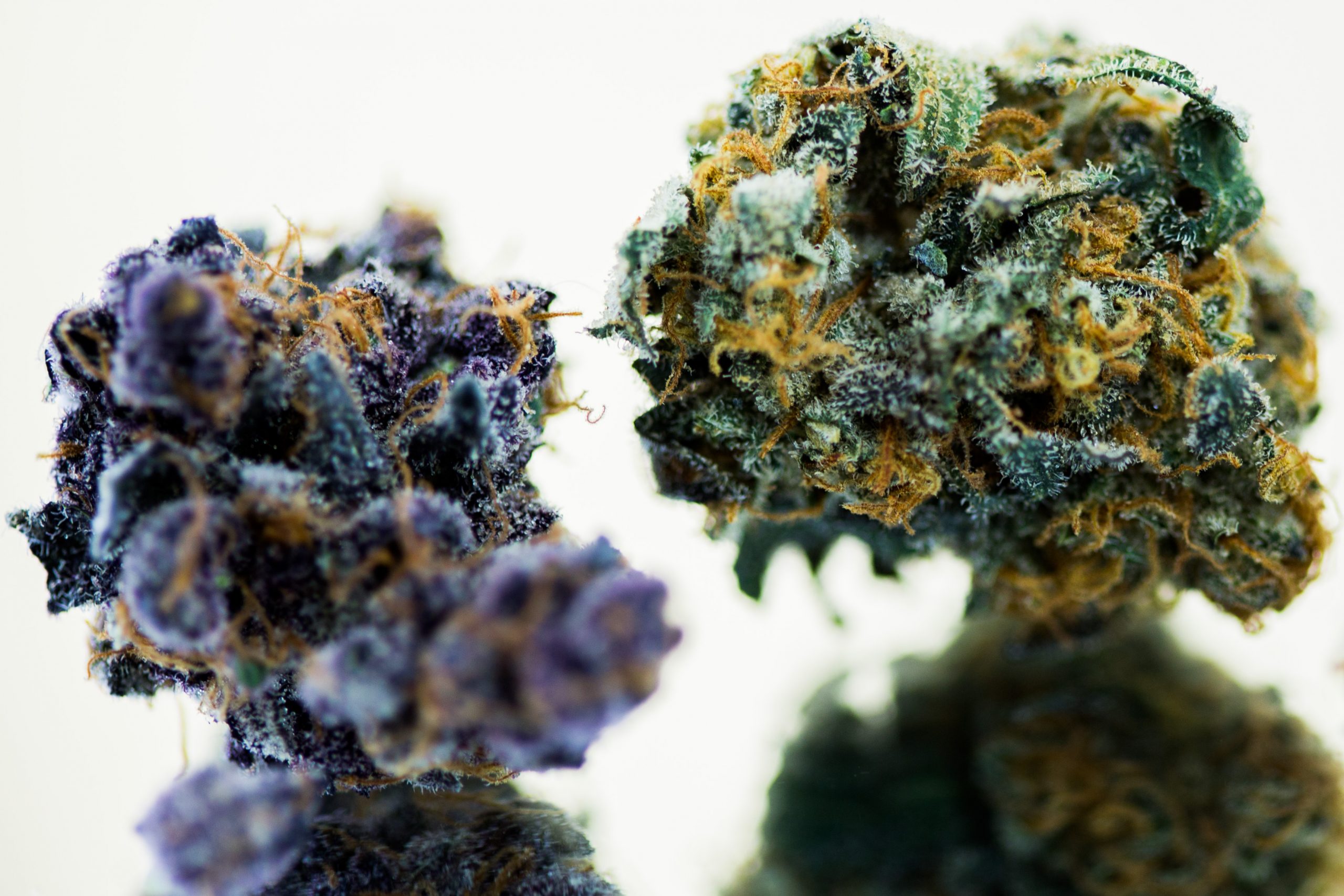 written and photographed by Dana Sparks

On any given day, Kass Traieh, 23, balances attending the University of Oregon and working part-time as a bartender. She just recently moved away from her childhood friends and family in southern California to buy a home in the Pacific Northwest and get her degree in human physiology.

Unsurprisingly, Traieh has a lot going on that keeps her mind busy.

As her day ends, she likes to unwind with a little bit of cannabis as she settles in for the night with her boyfriend and their dog.

“I feel like weed helps me feel more connected with myself,” said Traieh.

But it seems to do a lot more than that.

Traieh’s experiences reflect more than cannabis as a method of unwinding — this is a story of how cannabis also informs the management of her reproductive health and sexual pleasure.

“I honestly think I gave up on finding the ‘right’ birth control,” said Traieh. It’s been a discouraging process because of the many side effects that she’s experienced during her search.

According to the American Academy of Family Physicians, common side effects of hormonal contraceptives — like birth control pills — including weight gain, headaches, mood changes and irregular periods. One side effect that Traieh experiences in particular is a loss of libido — a problem she didn’t have before starting birth control.

“I’m on the pill right now. I’ve switched back and forth between a bunch of types of birth control. Nothing is exactly right — everything leaves me feeling like crap,” said Traieh.

To top it off, she suspects she might have endometriosis — a condition that the American College of Obstetrics and Gynecology estimate one in ten women experience.

Endometriosis is when tissue similar to the uterine-lining migrates outside of the organ and becomes inflamed in response to the menstrual cycle. Symptoms include long, heavy periods, intense cramping, pain during sex and nausea — to name only a few. Despite the blaring symptoms, it’s difficult to diagnose because it frequently requires a laparoscopy in order to identify the tissue, according to the Mayo Clinic, without any major non-invasive alternatives.

Between the intense pain, heavy periods and birth control side effects, Traieh’s story represents a lot of women who have been left to their own devices to solve these issues.

When it comes to her period, using weed and yoga helps her relax and manage some of the pain.

But experiencing a loss of libido from her birth control shouldn’t be thought of as “just” a physical side effect — it can be an emotional roadblock on one of the avenues that couples can connect with one another.

Since starting birth control, her boyfriend is the one who initiates sex when she is not using cannabis. It takes a lot more time and effort for her to be aroused without it and even then, the extra time and attention doesn’t always guarantee that Traieh and her boyfriend have sex that isn’t interrupted.

“Having a low libido negatively affected my relationship — sometimes halfway through it would become painful all of a sudden because I was a desert down there again,” said Traieh. “I know a lot of women could relate to that. It could be beneficial to try new things and be able to fully enjoy that experience without awkward or painful delays.”

“Not to say that my sex sober is bad, but it’s just a lot more difficult to orgasm — I have more things going through my mind and I’m a lot less focused. But I think weed has helped me relax a bit and takes some of that pain away,” said Traieh.

At this point in time, little research appears to have been conducted that specifically looks at how cannabis affects birth control and the corresponding side effects. The lack of literature around this topic might be explained by variables like the classification of cannabis as a schedule one drug (which means no federal funding) or even the sense of taboo regarding sex and drugs.

However, a study published in the Journal of Psychoactive Drugs during 1982 suggests answers to questions of how this helps by looking at the effects of regular cannabis use on sexual performance.

The study’s objective results say the findings are widely “insignificant” due to the specific method used to conduct the study. Yet, when the information produced is pulled away from the confines of the study, it is suggested that an enhanced experience after cannabis use is indicated for roughly half of men and women during snuggling, pleasure/satisfaction, sexual closeness and different facets of orgasm.

With the legalization of recreational cannabis, consumers and cannabis professionals are left to navigate the wide world of cannabis and how it applies to individuals’ specific needs in ways that were not previously accessible. In this, new things are understood in the trial-and-error of using cannabis for medicinal purposes.

Budtender Andrew Travis at Moss Crossing Dispensary talked with Green Eugene about what to consider when using cannabis specifically for sexual pleasure.

“If you’re using cannabis for sex, it’s smart to stick with more strain-specific avenues because it will be easier to dial in on what you’re going to get out of it,” said Travis. For example, he says that terms like “Sativa” and “Indica” are helpful in identifying plant characteristics or its’ origin rather than identifying what a strain can do for specific problems.

When seeking a strain for help with certain issues — like anxiety or tension — Travis recommends asking about terpenes. Terpenes are found in a lot of plants — not just cannabis — as organic compounds that can be used for their medicinal properties.

“The way people use essential oils to get therapeutic effects is the same thing with cannabis. That’s why most budtenders have you smell the weed and [buy] whatever your nose likes best,” said Travis.

“Encouraging people to have a basic understanding of terpenes is really advantageous, especially if you’re experimenting with cannabis [for sexual health],” said Travis. “Leafly is a really good resource with charts that tell you the terpene name, other plants or things we interact with everyday that have a similar smell and the effects of it.”

Tropicana Cookies is one recommended by Travis for its following terpenes: Limonene (found in lemons), Linalool (found in lavender) and b-Caryophyllene (found in black pepper). Some of the potential effects of these terpenes in combination could be mood elevation, anxiety relief and pain relief respectively.

Ghost Cookies is a less sweet alternative that contains similar terpenes. It has b-Mercene (found in mangos) instead of b-Caryophyllene and should produce a heavy, couch-lock relaxation.

“If sex is painful, lubricants can also be super valuable. CBD lubricants can help alleviate tension or help men with premature ejaculation,” said Travis. “The THC lubricants can kind of force blood flow to the area, increase sensitivity and make it a little bit more euphoric.”

Travis recommends planning ahead if interested in using these as they take time to activate. Additionally, some lubricants are oil-based so they are not safe for latex-based contraceptives like condoms or dental dams.

“I would love to try out cannabis lube to see what affects it has on me,” said Traieh regarding the many different ways of incorporating cannabis into her sexual wellness. “I don’t see it replacing vaping before sex for me though.”

Traieh said she’s able to enjoy herself more with cannabis and because of that she can see how her partner’s pleasure reacts to hers. This new found level of comfort in her sexual relationship has also opened her mind to exploring and expanding how she expresses pleasure. 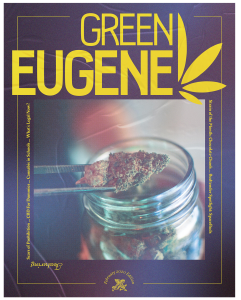