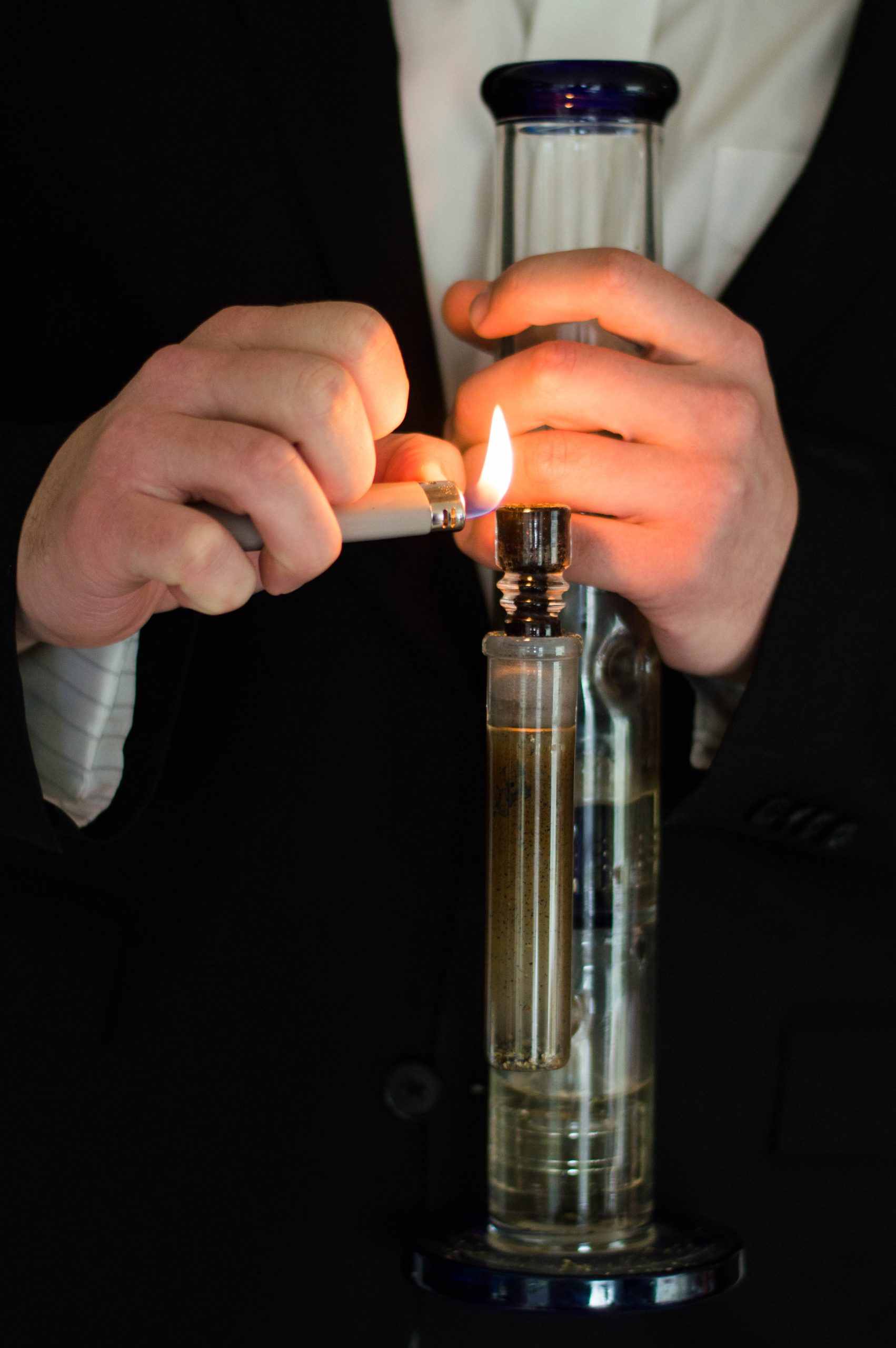 Spike Kirumira used to work for the service responsible for cleaning dorms at the University of Oregon.  He said he was fired from the seasonal job on the accusation that a coworker saw him smoking weed while the crew was taking a cigarette break.

“They just accused me and then let me go,” said Kirumira.  “Show me one witness that will tell me I was smoking a joint in front of them while they’re all smoking cigarettes.  I’d stand there on my break and talk to people.”

Kirumira argued against the accusation, but the issue remains that people like Kirumira live in a legalized marijuana state and yet cannot work or keep federally funded jobs if they consume cannabis products.

“I’m just stuck with other people in a hard place where you need cannabis for medication but you can’t get the job you want because of the weed,” said Kirumira.

Oregonians live in a recreational marijuana state and cannot consume cannabis products without putting their careers at stake.  People can be fired for THC present in their bloodstream when they are not impaired on the job, or are not hirable because of THC present in their bloodstream during a pre-screening drug test for potential employment.  Businesses that are federally funded have to follow a zero tolerance policy for cannabis, which is still classified as a Schedule 1 drug. There is no current testing system for active cannabis impairment like there is for alcohol, and hemp-derived CBD products are not a reliable substitute to medicate with and still pass a drug test.

Most employers follow a zero tolerance policy—a system that automatically terminates anyone who does not promote and adhere to a drug free workplace.  Megan Livermore has been a cannabis attorney since 2014, and is an executive committee member of the Oregon State Bar Cannabis Law Section. She says even after the legalization of recreational cannabis over the last five years, there has been no change to employment law.

“You can use this substance legally, and yet if your employer wants to drug test you for marijuana and terminate you for a positive test, they still may do so,” said Livermore.

Federally funded businesses are unlikely to change the current zero tolerance policy system because random drug testing protects them from legal action by the employees they test.

Dr. John Hudak, marijuana policy expert at the Brookings Institution stated, “If you accuse someone of being intoxicated at work, and you’re wrong, that could create a tremendous liability for a business, where random drug testing does not.  So I don’t think businesses are going to voluntarily, in a large scale, transition away from this zero tolerance policy. I think it would require public policy changes to do that and it’s not going to happen all that much in terms of internal workplace changes.”

Cannabis is still a Schedule 1 drug, meaning the federal government reports a high risk of abuse and a lack of medical value..  Federally funded businesses, such as the University of Oregon, have to comply with federal laws when it comes to cannabis, and if they don’t exercise a zero tolerance policy then they are likely to lose their funding.  A bill has been introduced called the Marijuana 1-to-3 Act of 2019, which would remove marijuana from the Schedule 1 drug category.  If marijuana is no longer a Schedule 1 drug, the cannabis industry will be able to expand financially.

“It will change the industry dramatically, to be taxed like all other businesses and to have access to banking services and lending. It will be another seismic shift,” added Livermore.

Livermore says the potential for medical insurance coverage for medicinal cannabis is thwarted by the medical establishment and pharmaceutical companies. “What MDs are shell taught in medical school is that marijuana has no medical use and is actually harmful. Further, for insurance to cover it, it needs to go through the healthcare system they understand. Any decriminalization can certainly loosen restrictions and lead to that kind of change.”

Changes are occurring within the nation.  Nevada has issued a law that states not hiring a person due to a positive cannabis drug screening is unlawful. The point of Nevada’s new law is to address the dilemma between holding an employee accountable for the cannabis they might have consumed weeks ago. This law will be active in January 2020, and is careful to exclude jobs involving the safety and care of other people.

Oregon does not seem to be heading in that direction, mainly because while regulations for cannabis were being discussed, hemp became nationally legalized and stole the conversation.  Livermore said that the focus has been less directed on issues regarding employment and instead catered to the hemp legalization and “a whole new mountain of regulations” that comes with it.

Livermore added, “Just the fact that this plant was taken away from people for so long is unfortunate at best, considering what an amazing plant it is and how much good it can do folks.”

Because of the lack of current regulations on hemp products, CBD products sold outside of cannabis retail locations can be mislabeled, causing unsuspecting consumers to test positive for THC.  The products sold at cannabis retail locations can also be misleading if the labels are not clearly understood, some saying hemp-derived CBD and others saying THC-free. Hemp-derived CBD qualifies as containing  0.3% THC content or less, while THC-free products have zero THC content detectable.

“There’s a threshold level so the end use product has to be below 0.3% THC,” said Gary McAninch, the hemp program manager at the Oregon Department of Agriculture. “I could imagine that if you’re a person that consumed a CBD product that had a little bit of THC that was less than 0.3% total THC you still could possibly test positive on a drug test or for a THC test.”

There is no dependable technology to test how much THC is in someone’s system.  Those who work in a job that exercises a federally required zero tolerance policy for marijuana, such as employees of universities, are only safe from termination if they abstain from using cannabis products altogether.