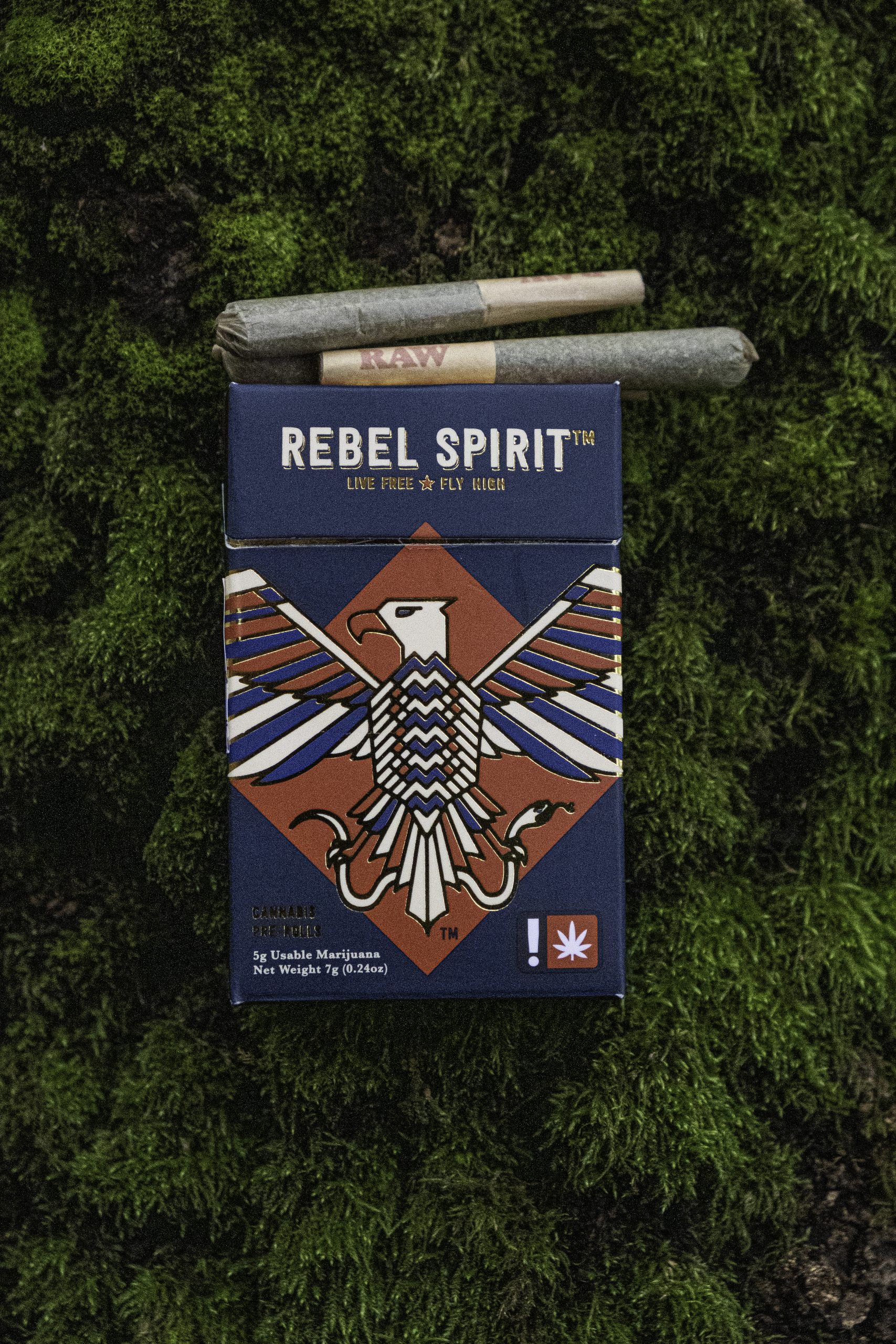 When we first discussed the importance of this issue of Green Eugene, I knew I had to find the perfect pick for High Recommendations, and had a goal in mind: the product needed to support an organization that helped those incarcerated for cannabis-related crimes. And not only a product, but one that a local Eugene dispensary carried.

Rest assured, after reading this, you can do your part to fight mass incarceration for cannabis crimes! Rebel Spirit Cannabis Company partners and profit shares with The Last Prisoner Project, which advocates for criminal justice reform in three ways: prisoner release, record clearing through clean slate initiatives and reentry programs. Together, they create a pathway of hope and success for its constituents.

“We didn’t know when we got involved with Last Prisoner Project that the overwhelming majority of the 40,000 people who are still incarcerated for marijuana offenses are people of color,” said Downey. “Our continuing involvement with the Last Prisoner Project is to try and right some of the wrongs of the world. Mainly the disparity in race and the way the marijuana industry is turning out for white people versus people of color.”

Rebel Spirit stands true to their slogan: Live free, fly high! During the 2021 Oregon Growers Cup, Rebel spirit won best pre-roll—and I understand why! The packs of pre-rolls are convenient, with each joint expertly filled with finely ground cannabis.

There are three types of pre-roll packs: hybrid, indica and sativa. Each comes with five joints of two different signature strains, which keeps things fresh as you alternate between them. The flavor while smoking the joints is earthy and natural, all thanks to the 19-acre Willamette Valley farm, utilizing organic and sustainable horticultural practices. Rebel Spirit also prides itself on sourcing recycling-friendly materials for packaging, trying its best to avoid plastics and other unsustainable products.

As explained by Downey, the company name is in honor of family friend Uncle Mark, who was truly rebellious and embodied the spirit of testing the limits. Eventually, Mark moved out west to Oregon and found solace in the remote wilderness living off the land. He was arrested in 1992 in what was then the largest outdoor cannabis growing bust in the State of Washington. Mark refused to cooperate with authorities and remained loyal to his partners, which landed him with the mandatory minimum of ten years in federal prison. Unfortunately, in 1997, Mark passed away in prison in Lexington, Kentucky, far from his Pacific Northwest farm—with only five years of his sentence remaining.

Downey is an alumni of the University of Oregon Honors college, where she met her best friend, Jill, who is Mark’s niece. Beckler, who is best friends with Mark’s nephew, stopped by on a condolence call and met Downey. The two fell in love. They shared a few fun years with Uncle Mark before he was incarcerated. In 2015, the couple put a mortgage on their home, bought a piece of land, and named it Uncle Mark’s Farm. Starting on the medical side, Rebel Spirit was one of the first cannabis businesses in Oregon to get its recreational license.

“When we went to market with our product, we realized that people don’t go to a dispensary on Friday night to get their ‘Uncle Mark’ on. They go to get their rebel spirit on. And so Mark is our rebel spirit and that’s where our brand name comes from,” said Downey.

Are you curious about other companies that support the Last Prisoner Project? Here are some brands that sell products online: