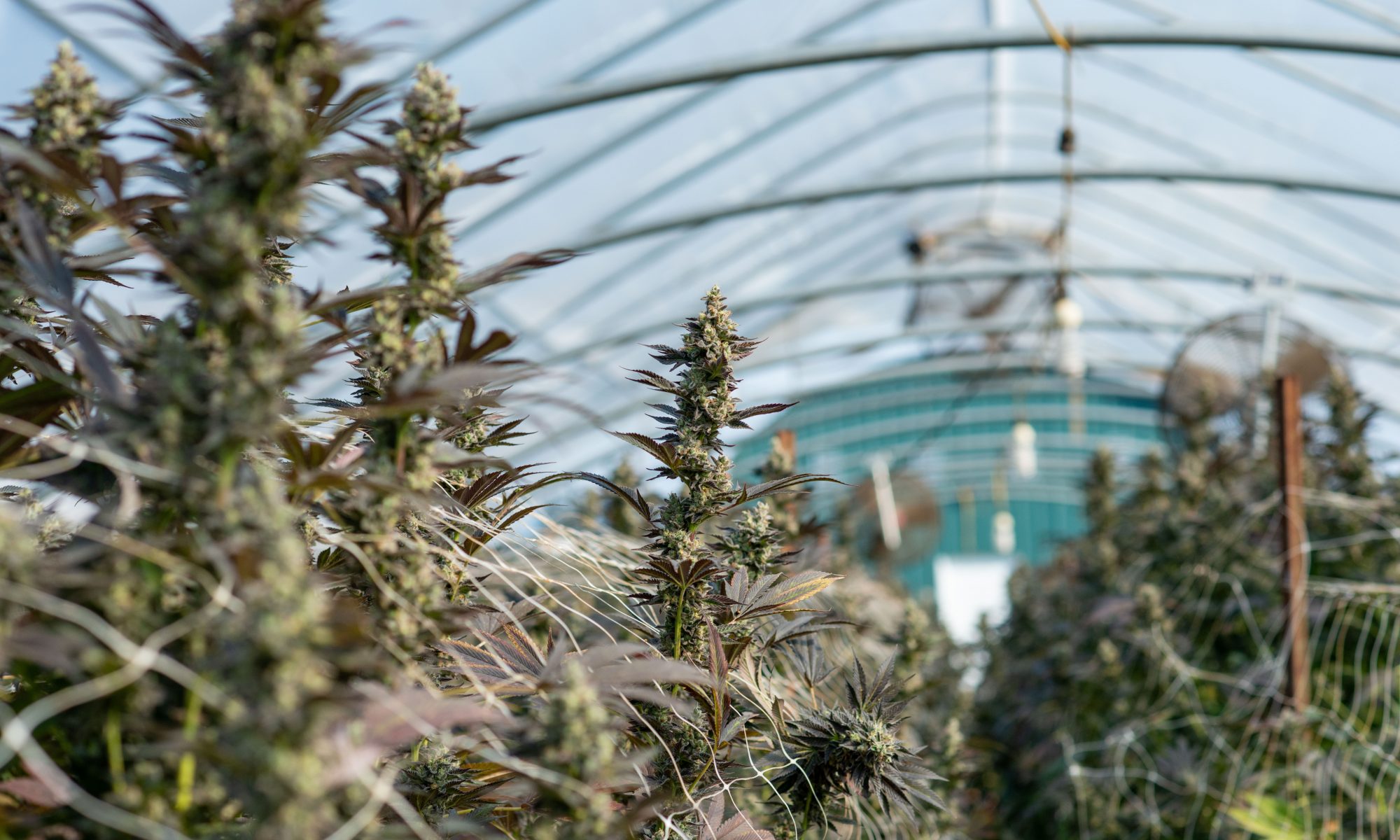 As many green thumbs know, fall is the season when various fruits and vegetables are finally ready to be harvested. However, fall is also the perfect season to harvest cannabis. 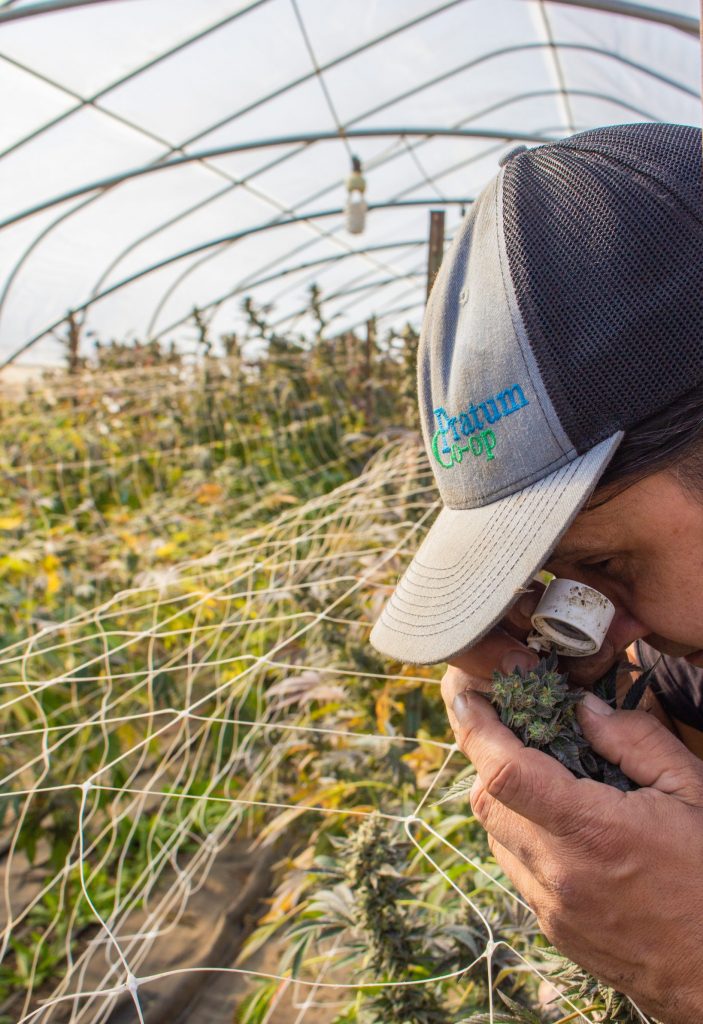 Located in Junction City, The OG Plant is operating an all-organic cannabis farm that is reaching the thick of harvest season. Their sister farm, Sweet Leaf Organic Farm, has been equally fruitful in bringing fresh produce to the Eugene Saturday Market.

Dave Sullivan, lead grower, is a University of Oregon alum who reflects fondly on his time at the Urban Farm, where this education helped uplift his passion for growing healthy food and high-quality cannabis.

Most years, the cannabis harvest tends to be over at the beginning of October, as weather conditions become too harsh for cannabis plants to survive. However, weather conditions this year allowed for almost another month of harvest with nearly 4,000 pounds of product. 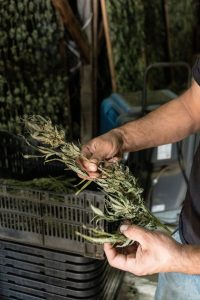 Unlike many other crops, cannabis requires a certain environment for plants to grow healthily. Cannabis reacts differently to various factors presented in its environment, ranging from the sunlight to the amount of moisture in the air.

To provide the proper environment for the crop to thrive, various strains are organized in several different greenhouses. These greenhouses are ventilated using industrial fans, which reduces the amount of moisture that the plants receive. If the plants do not receive the proper ventilation, it can lead to a moldy and unusable crop. Although proper ventilation makes a significant difference in combatting unwanted levels of moisture, there is still the occasional growth of mold, which must be hand-picked off the plant so the cannabis may continue to grow to maturity.

Cannabis is a photoperiodic crop, meaning that flowering starts as the days get shorter, which is why harvest tends to be around fall. Farmers at The Plant, however, learned how to induce flowering starting in June to stretch out the available window to harvest. After “the girls,” as Sullivan calls them, are grown to their desired size, the greenhouses are covered with large sheets of white-on-black plastic. This “tricks” the plants into receiving less sunlight.

Sullivan also found success in harvesting some strains in timed-out sections. He first lets the crown colas reach maturity, which is the upper portion of the actual flower. Once matured, he cuts the top, using a technique often called “topping.” When the middle section reaches the same level of maturity as the top, that section is then harvested, followed by the remaining bottom colas. The whole process, from germination to harvest, takes roughly 60 to 75 days.

Once resin glands within the flower reach the peak, growers are quick to start harvesting. If the flower continues to grow past its peak potency, it will begin to mold or decay, resulting in an inconsumable crop. They are then brought into a well-ventilated room where the limbs are hung to dry and be cured. 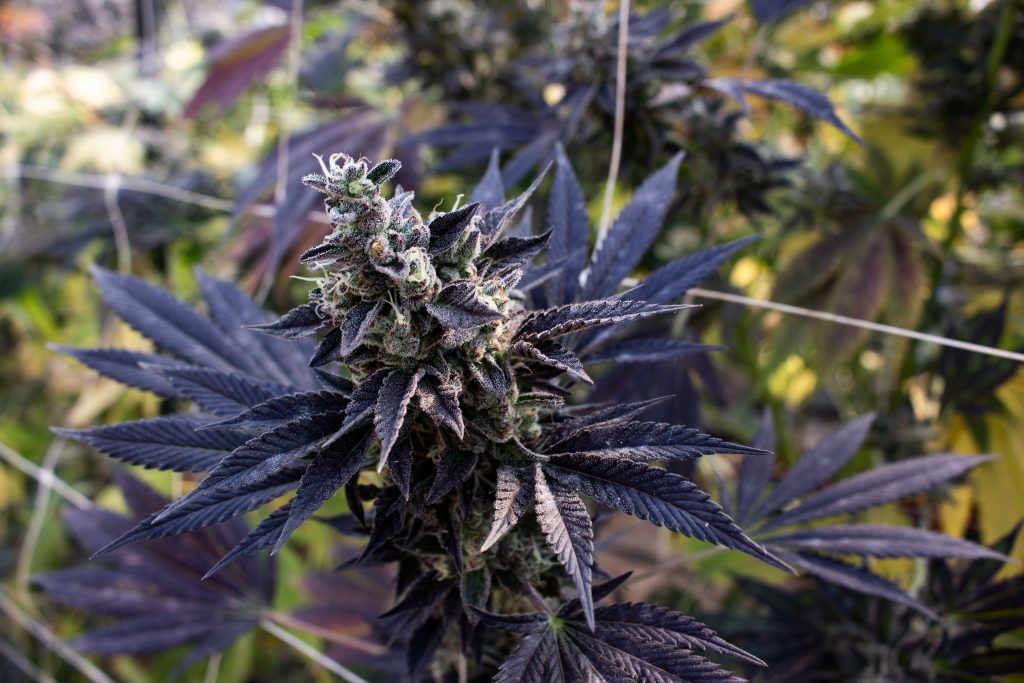 “I think the key to premium herb is not only the genetics and fertility, but harvesting at the peak time and the steps within the curing process are also crucial,” Sullivan said. “The art of the cure is to slowly get as much moisture out of the center as possible.”

According to Sullivan, the herb is best when it’s dried to the point where it only has about eight percent moisture. It takes roughly a week for the herb to dry, then another week to 10 days before the limbs are “snapping.” From there, it takes roughly two to three weeks before the herb begins to reach a point safe for consumption.

Once the herb is completely dried and cured, it is then hand-trimmed. Some of the smaller leaves and pieces of herb cut during the trimming process, better known as trim, are then sold as a byproduct, which will later be used to develop concentrates such as shatter or oil.

“I’d say each farm has the potential to produce about a ton, but only about 30 to 40 percent is actually flower, the other 60 percent of that is called biomass– like the trim, the little buds and everything that goes to processors,” Sullivan said. 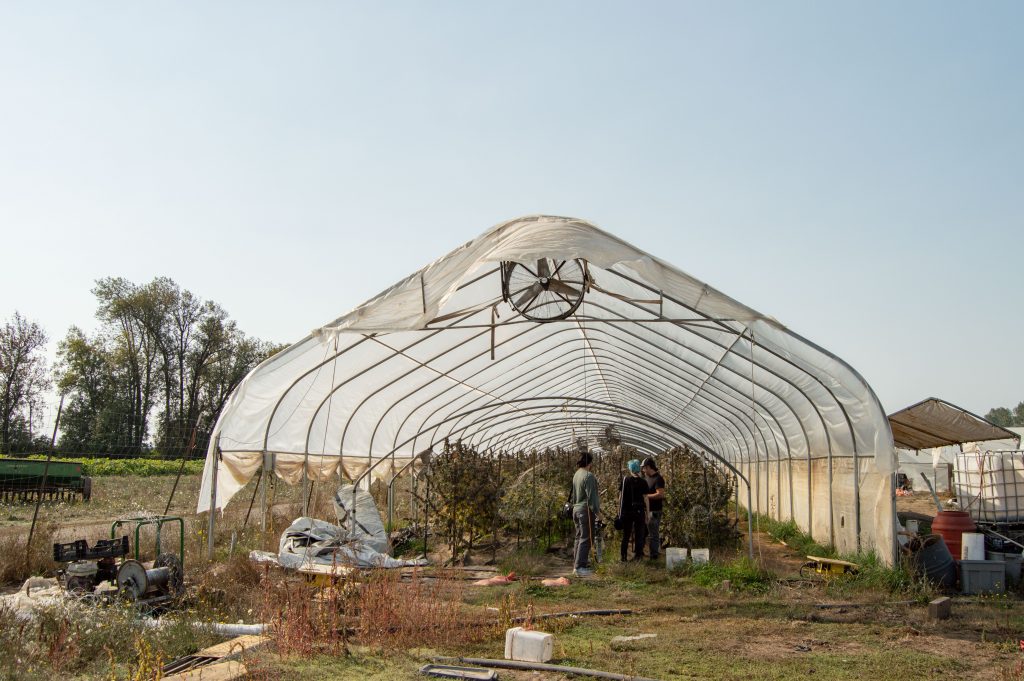 Unlike many other growers in the valley, all cannabis grown at The Plant is a local leader in cannabis organics. According to Sullivan, about 95 percent of Oregon indoor or greenhouse operations use chemicals, whereas the estimated five percent prioritize cultivating chemical free.

The Plant recently collaborated with beekeeping enthusiasts, Echo Electuary, to bring a new “live budder” to the market. The positive reviews are already flooding in with The Soap, a strain crossbred between Animal Mints and Kush Mints. This hybrid has a terpene profile of 6.8%, leaving consumers curious to try more.

The Plant will continue to grow “super high-quality cannabis grown in Willamette Valley soil” in the many bountiful harvests to come. Sullivan and his team of cannabis connoisseurs are excited to see where The Plant grows next.