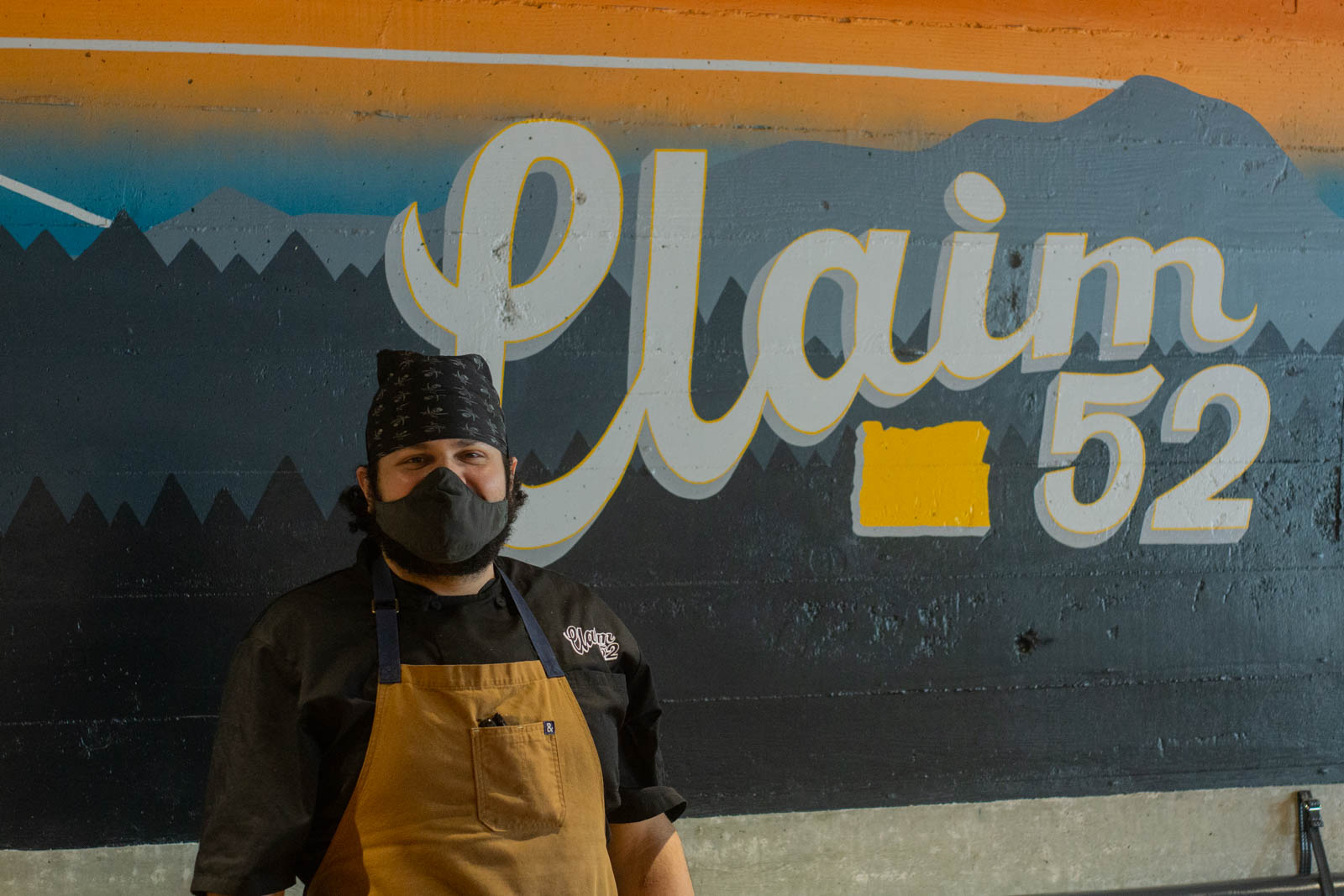 Written and photographed by Alice Yeager

What do you crave when you have the munchies? Do you crave hoppy, bitter and malted? What about sweet and fruity? The same sensations as biting into a perfectly ripened peach, or the sweetness you have in candied fruit layered between frosted cake layers. Claim 52 has mastered the art of bringing these flavors to beer. Mixing delicacies and hops to create legendary local brews. Their brews and food pair perfectly with any strain. The brewery restaurant is nestled right on the edge of downtown, attracting business with other-worldly flavors in both their locally crafted beer and fusion Brewpub cuisine.

Luis Fayad is the head chef of the Claim 52 restaurant who has brought his own spin to the menu. Bringing his cooking and food culture experiences from Boston, Ecuador and even Antarctica, he has recently dropped new recipes such as short rib nachos, caprese fried-chicken sandwich and vegetarian friendly mushroom asada tacos.

“I personally see cooking as an art, and this to me, my way of expressing myself, and I see food as the ultimate art form. In the sense that it is art that is taken in by all five senses,” said Fayad.

Enjoying Fayad’s food absolutely satisfies any munchies-fueled appetite. The smell of the melting beer cheese, the crunch of the golden fish taco shell, the feel of the slow baked banh mi baguettes, presented in aesthetically pleasing plates for all palettes brings the ultimate bite and whelm of taste.  These paired with the most mind blowing beer combinations truly encompass a stoner’s paradise.

“I just like making food that other people enjoy,” said Fayad. Oh, and enjoy we certainly do.

Not only do the recipes and flavor set Claim 52 at another level, their use of local and fresh ingredients is noteworthy. Fayad explained that all the protein used has never been frozen. Produce has even been sourced from local fruit trees, and many of the recipes include the very same beer you can get on tap. Fayad encompases as many aspects of himself, the brewery and the local Eugene community into the food as possible. Creating conscious eating is a whole new level of enjoyment.

Claim 52 itself has created a relaxing vibe in the bar and seating area of the restaurant. Large garage doors create plenty of natural light during the day creating an airy and welcoming environment. They are also a very dog friendly restaurant, it’s really a treat to kick back on their patio with humans and animals alike. It’s also a bonus that they are within walking distance of some pretty great dispensaries and smoke shops. As well as just being a block away from the bus station for safe transportation.

Overall Claim 52 has earned the Green Eugene munchie badge of honor for its unique blend of flavors both in food and beer. The staff have created a welcoming environment that just helps keep the vibes going, and there’s great accessibility in bringing cans or growlers of beer home as well as grabbing some of their signature menu items to-go. All in all, Fayad and the staff have done a wonderful job creating a menu that is as equally unique and flavorful as the beer itself.

If you have a must-try munchies spot please let us know @greeneugenemag! We would love to feature more local establishments that help elevate the senses in any way.