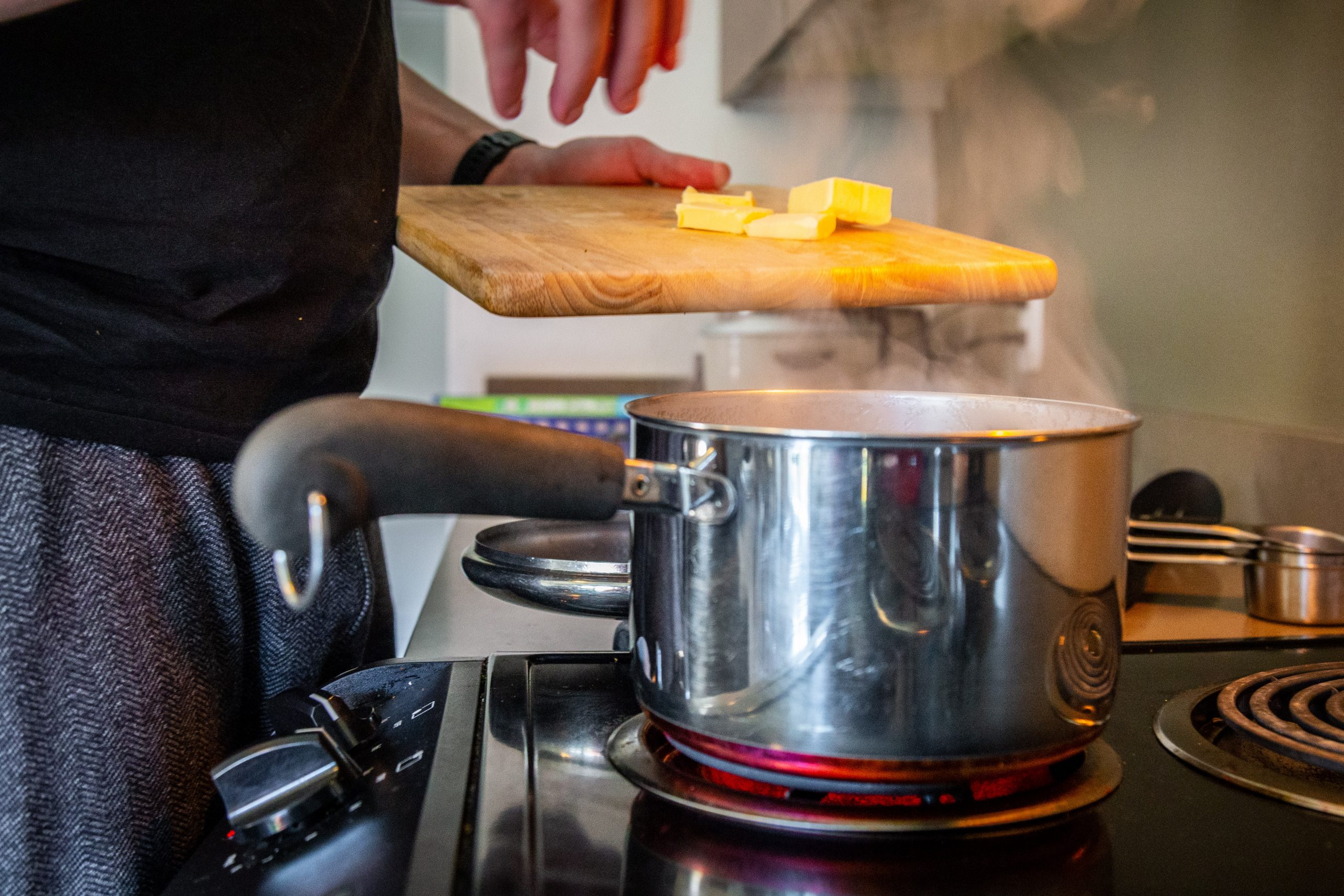 It’s well known that classic consumption of cannabis is done by burning, puffing and smoking it. It is an easy and direct way to to get in into your system quickly, but another rising consumption trend is edibles. While it takes longer to kick in, the payoff is a more intense high that often lasts for hours. Usually edibles tend to be pastries, like cookies and brownies, but some connoisseurs have taken it a step further and began to incorporate cannabis into other foods. Daniel Ramirez, a Sophomore at the University of Oregon, has been infusing cannabis into food for nearly four years.

A self described foodie, Ramirez was hooked on the idea of cooking with cannabis from the start. “I’ve always cooked it into brownies, but my friends and I have been experimenting with putting it into savory foods,” he said. “Like we put it into a sandwich, it’s so easy. You get a pretty good sandwich, but it also gets you high.”

Cannabutter is one of the most direct ways to infuse cannabis into cooking. “I usually make a batch per year,” said Ramirez. “And I use a double boiler mason jar method, so I can experiment with different strains.”.

Strains play a huge factor in the process of making cannabis snacks. It affects how lethargic you may become, or other desired effects like sharp focus or sleepiness. “Personally, when I make the butter, I like an indica hybrid,” said Ramirez. “When I think edibles, I think about being melted into the couch, not being super energetic [like using a sativa].”

Edibles are also available at most dispensaries in a wider range of products. They tend to be more expensive, but also provide information on what you are consuming and are more accurate in dosage. For self-described chefs like Ramirez, the fun comes from the DIY aspect of cooking with cannabis. “I definitely prefer to make it rather than buy it,” said Ramirez. “I mean, ones from the dispensary tell you exactly what going on, but it’s so much doper to make it and find out yourself. It adds to the mystery.”
Ramirez was able to show us how he makes omelettes with cannabutter. “It’s pretty easy,” said Ramirez. “It just a basic omelette recipe, but it happens to have weed in it. The trick is to not let any of the oil get out of the omelette,” said Ramirez. “Omelettes are pretty oily, so it’s easy to lose the THC.”

Following a basic omelette recipe, Ramirez cooked his veggies and meats in separate pans without any cannabutter in it; the heat would burn off the oil and render it ineffective. While you’re cooking the eggs, add an even layer of melted cannabutter over the eggs just as they begin to firm up. After that, add meat and/or veggies to one half, and drizzle that half in even more cannabutter (to preference). Fold and flip to make sure you get the omelette is evenly cooked. Just like that, you have a pretty tasty cannabis omelette— one that will leave you with a relaxing, refreshing high.  The only downside with cooking cannabis yourself is you really don’t know how much THC you are consuming. Meaning, you either won’t feel anything, or you’ll have a crazy intense high, so make sure to be safe and take small doses to start off with. Whatever you make, incorporating cannabis to your cooking is a fun way to mix things up and experiment.

If you want to learn how to make cannabutter or other cannabis infused snacks yourself, check out our recipes on our website.